Welcome to the Dublin Whiskey Tours blog where you can get all the latest Irish Whiskey news.  We usually post about 3/4 times a week to our blog so if you want to know what’s going on in the Irish whiskey industry then subscribe today. 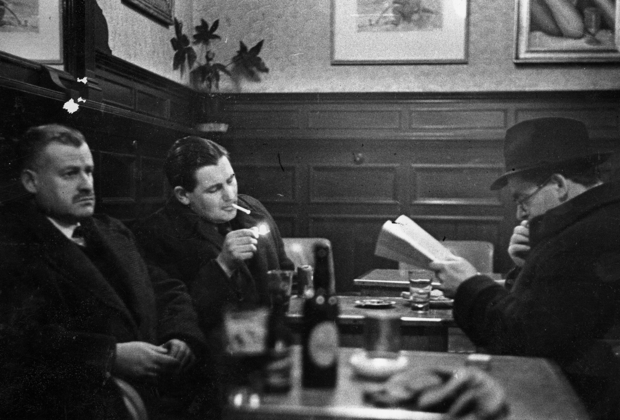 Amongst a drunken huddled mass Flann O’Brien had to elbow his way through the fog of cigarette smoke and whiskey breath. He got through the miasma as the midday sun shone through the windows of the bailey, like the ray of light catching incense in a chapel.

He caught the eye of his poet compatriot Patrick Kavanagh and began to read from the groups own hallowed manuscript – Ulysses. The tale of Leopold Bloom brought delight once more to the gathering consisting of; O’Brien and Kavanagh, both of whom were writers, publican and artist John Ryan, Anthony Cronin and Tom Joyce, the latter being a dentist but importantly a relative of the renowned author of this sacred text James Joyce.

The men had agreed to gather and ride horsecabs and follow the trail of Leopold Bloom the protagonist of the story through the streets of Dublin in what would be the first ever Bloomsday. The trip however descended to farce as the men succumbed to the great pressures of alcohol and breaching bladders. 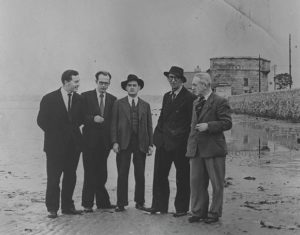 The men decided to head for the Bailey which was owned by Ryan and just rather take in the conversation and hear recitations of some of the most famous verse even penned on the isle. After a deluge of whiskey and porter and what were sure to be hangovers of biblical proportions the men agreed to repeat the act on an annual basis.

Though the trip was not a huge success the first time around it became one of the biggest literary celebrations in the land and continue right to the present day.

Bloomsday is a celebration that takes place both in Dublin and around the world. It celebrates Thursday 16 June 1904, which is the day depicted in James Joyce’s novel Ulysses. The day is named after Leopold Bloom, the central character in Ulysses. The novel follows the life and thoughts of Leopold Bloom and a host of other characters – real and fictional – from 8am on 16 June 1904 through to the early hours of the following morning.

Hat tip to jamesjoyce.ie for the history of bloomsday.