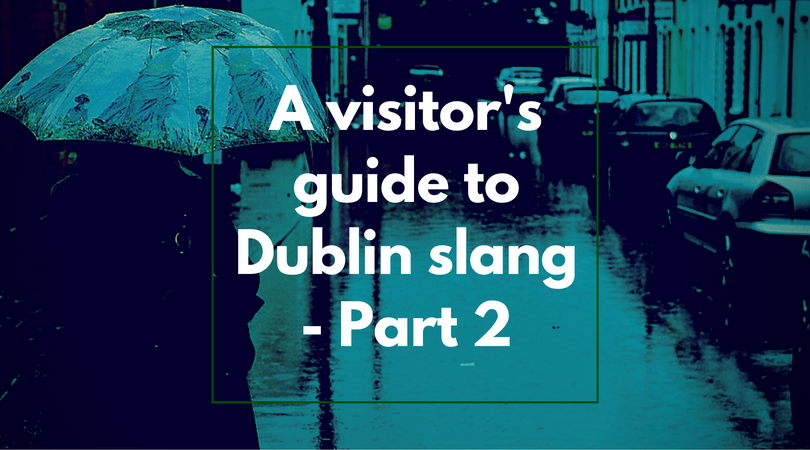 Welcome to our four-part guide to Dublin slang. This is part 2 – you should be getting the hang of the local dialect at this stage. Keep up the good work, ye good thing.

We have provided a decent translation of the sayings, but were these sayings originated from is too hard to tell in most cases, but as Ireland has had invaders from Scandinavia, France, England and beyond and has had over 7 languages spoke in medieval Dublin it is no surprise that a few odd expressions have crept into our speech. A small mention must go to our literary greats like Joyce, Wilde and Swift who loved playing around with the English language and bending the words to their will. This is part two.

Here are your second round of 6 expressions to get you blending in when you arrive in our fair city of Dublin.

Here is a video made in 2013 by Jenny Keogh highlighting some of the phrases above.