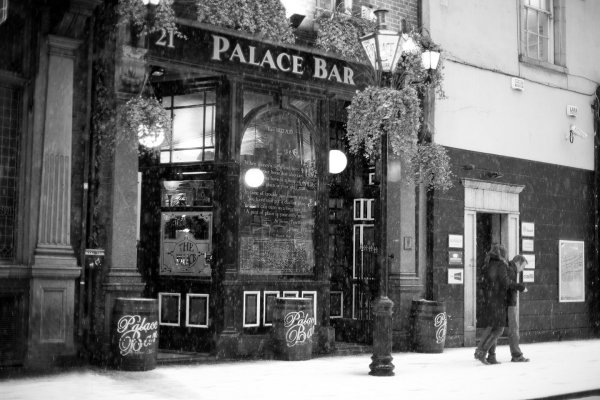 The Palace Bar is long and narrow inside. Its bar is on the right-hand side as you walk in and about three-quarters of the way back it is sectioned off into another segment. These are the first things you take in when you walk into the bar, as I have in the past, when not really paying attention. Once you get a drink in hand and for the first time slowly begin to let go of whatever the tension is that you have been holding on to, something else happens, you look up. The narrow bar has very high ceilings. Headspace. The science may be soft on this one, yet very symbolic of the feelings you get in there.

It’s no coincidence that the, now relatively small, pub has been the favoured haunt of the best writers in the country for generations. The Irish Times, in the opinion of many, is the finest paper in the country and it is seconds away. For years the journalist and contributing writers of the Times have come to the palace bar for beer’s, ales, whiskey’s, wines, and headspace. Charles Acton, Brendan Behan, John Banville, Liam MacGabhann, Maeve Binchy, Vincent Browne, Garret Fitzgerald. All of these names passed through the corridors of the Times, and Palace bar the favoured pub. 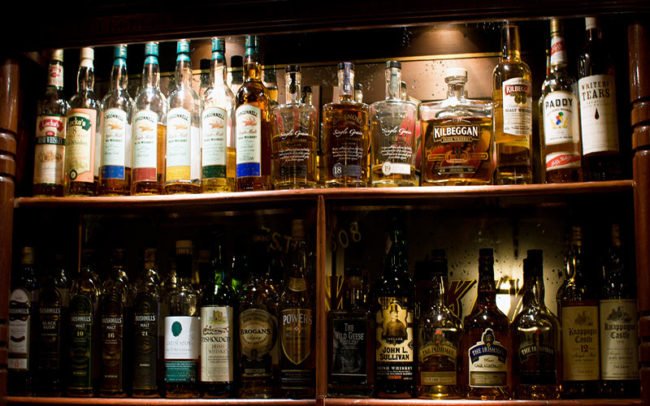 This is a pub conducive to conversation. This isn’t getting locked and shouting at your friend over the loud bang of house music, or dancing in a dark sweaty crowd. This is a drink and a talk with friends. This isn’t something contrived or manufactured though, but rather something that simply permeates from within the bar itself. As if you were now part of the cycle of how Irish friends have communicated and thought for years, going to the pub for what pubs were made for, part of the fabric of Dublin itself.

The Victorian pub was built in 1823, and in the mid 1940s was sold for an extortionate amount of money at the time. Many questioned whether, Bill Aherne the proposed buyer at the time, was of sound mind considering paying the astronomical fee for the little pub in town. But Aherne was not perturbed by the quizzical glances from his peers, because he believed he was getting a bargain. So it was, in 1946 Bill Aherne shelled out the £27,000 for pub and became Palace Bar’s new owner. 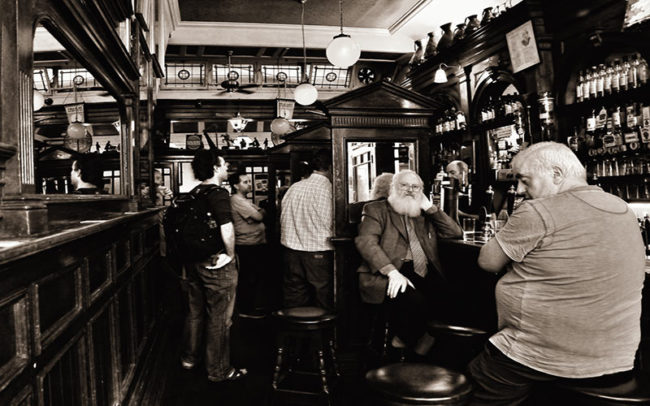 The ’40s were a booming time for the bar under the patronage of Bertie Smyllie. Bertie did, however, have another job at the time, he was the editor of the Irish Time. Thus began the love affair between the writer’s of the Times and the little pub in temple bar. The 50’s and ’60s followed suit, as young and old journalists and scribes would come to the pub to read the paper, or write verses.

On New Year’s Eve in the palace bar, Bertie Smyllie and Alec Newman were talking, Alec was the sub editor of the times to Bertie, time was hurtling towards midnight but as the cigarette smoke filled the air they got speaking to another man. This man’s name was Derek Crozier. He spoke to the two gentlemen about his fondness for word puzzles. The two men being of significant intellectual stature themselves were very interesting. Then Cozier told them of this version of a crossword he was working on with his wife. The concept was simple, it was to be a crossword with clues, the clues, however, could not be straightforward. He wanted the clues to be like clues in a detective novel, like the breadcrumbs in Hansel and Grettel, leading somewhere.

Smyllie loved the idea and offered to publish the crossword in the paper. This was how the Crosaire crossword was born, first, it ran on Wednesday’s then twice weekly, then daily. It still runs daily to this day in the Irish Times. If you go into the Pub today you won’t see Bill Aherne, the crazy man who shelled out £27,000 for this slice of history, you will see his grandson William and his father Liam. But the pub, the pub is still the same.

Why not book a tour with the real Irish whiskey experts – we provide you with knowledge of the culture, science and history of Irish whiskey in a fun and entertaining way. It’s one of the best ways to experience Irish whiskey and Dublin city.

For more information, visit our website to book a whiskey experience or email us at info@dublinwhiskeytours.com 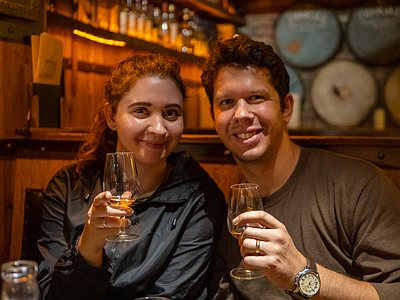 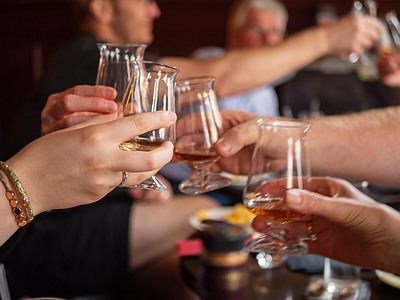 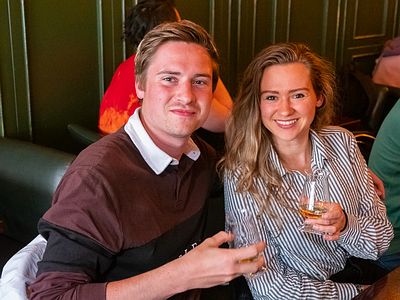