This week Irish Whiskey Weekly News features Glendalough Distilleries’ latest adventures in gin production while they are waiting for their whiskey to mature, Waterford Distillery truly is a brand to watch, and we look at a reissue of an old Irish whiskey brand – Egans.

So let’s see whats been happening in this week’s Irish whiskey weekly news. 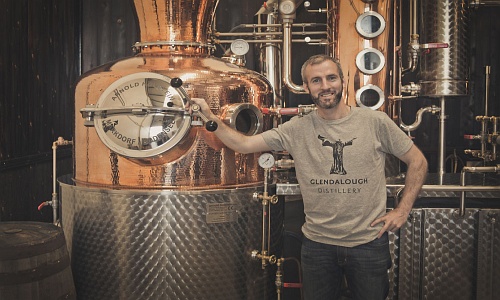 Back in 2011, the five founders of Glendalough Distillery — Gary McLoughlin, Brian Fagan, Kevin Keenan, Barry Gallagher and Donal O’Gallachoir — decided to open a whiskey distillery. “We had basically no experience using a still,” says co-founder Gary McLoughlin. “When it arrived from Germany, it was in a crate and had to be put together like it was from IKEA.” It wasn’t long before they realised they needed a bit of help. “Steam started shooting out from the pipes,” laughs McLoughlin.

To their credit, all involved went on to get still-operating certificates, and they hired an experienced master distiller in Rowdy Rooney, who oversees the day-to-day operations of ‘Kathleen’, as the still is affectionately known.

It’s the company’s foray into gin, however, that has garnered it a reputation as an innovator. Setting up a whiskey distillery is both time- and money-consuming, and the long lay-down period for whiskey can mean no income for at least the first three years – the minimum whiskey-ageing requirement. As a result, many distilleries turn to vodka and gin, or in Glendalough’s case, originally, poitín.

Their idea would be to make a gin using fresh, wild-sourced botanicals from the hills and mountains around the distillery. Each season, they’d produce a new gin made from whatever was available at that time of year.

“At first I just thought it would be a matter of blending the four seasons, 25% of each into a bottle,” says McLoughlin. “Of course, it’s not that easy,” he says. Over the course of a year the entire team, Rooney and Kavanagh included, tweaked the recipes, blending ratios of each season again and again – before finally settling on the finished product. 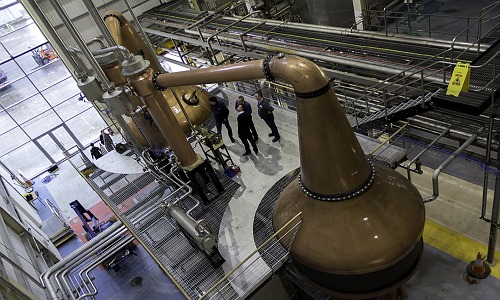 Waterford Distillery – One To Watch In Whiskey Brands

Waterford Distillery is the brainchild of Bruichladdich Distillery’s former managing director Mark Reynier. It is located in the port of Waterford in south east Ireland, within a brewery formally used by Diageo to make Guinness.

Equipped with two pot stills and one column still, the distillery is able to produce both malt and grain spirits, but will focus on single malt with no plans to produce grain liquid. The distillery sources its barley from 46 Irish farms on 19 distinct soil types, and each farmer’s crop is harvested, stored, malted and distilled separately. Production began in December 2015, with liquid now maturing in French and American oak barrels. 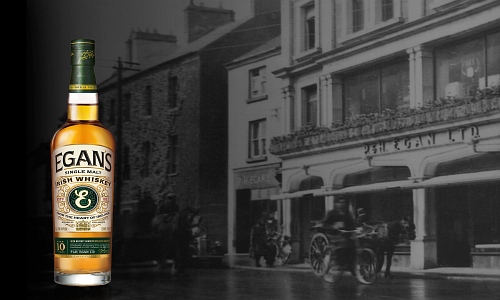 Egan’s Irish whiskey announces Vintage Grain to add to its collection of premium and award-winning whiskeys. The new expression will be the second to be released to the US market following the successful launch of the brand’s Single Malt in 2015.

Today the Egan’s have whiskey in their blood, the fifth and sixth generation led by Jonathan & Maurice Egan, proudly carry on the family legacy. Egan’s crafts a range of premium Irish whiskeys, for more information, visit www.eganswhiskey.com 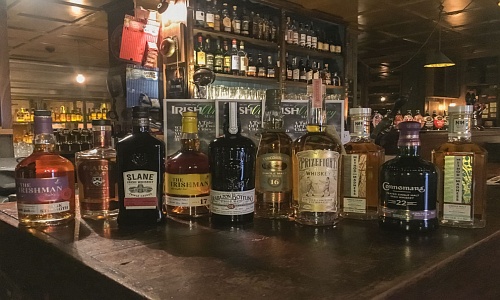 As part of the Dublin Whiskey Festival, Dublin Whiskey Tours and the Irish Whiskey Magazine ran an evening event called ‘Irish Whiskey Reinvented’. Utilising our vast knowledge of whiskey and food pairing, we helped organise a great night of fun at The Rag Trader Bar on Drury St in Dublin. We paired amazing Irish whiskey from some of the top distilleries in the country with high-quality Irish food.

Special thanks to Cocoa Atelier for supplying the handmade chocolates, and to Sheridans Cheesemongers of South Anne St for their amazing cheeses. 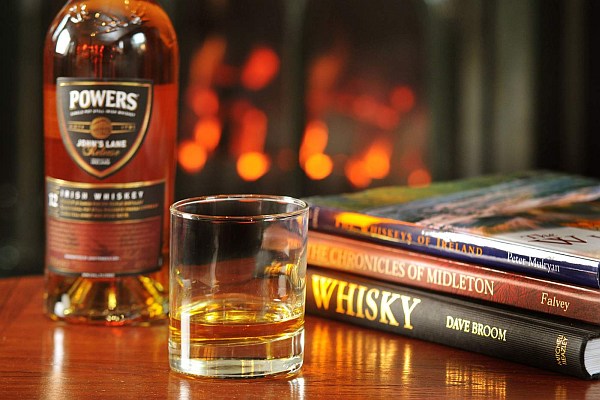 The Trouble With Irish Whiskey

According to a Bord Bia report, Irish Whiskey enjoyed growth of 8% in 2016, with sales of €505 million. This makes it the fastest-growing spirit in the world and sales have grown by 300% over the last decade. They are predicted to double by 2020 and, by 2030, be somewhere in the region of 24 million cases a year.

At first glance, this all seems very rosy. However, when we compare it to the performance of our Scottish cousins, where export values in 2016 were a staggering €4.2 billion, it’s clear that Irish Whiskey has a lot of catching up to do. It is worth studying the Scotch whisky sector if we want to emulate the success they are enjoying.

Thanks for reading our Irish Whiskey weekly news.

Dublin Whiskey Tours offers you the perfect introduction to Irish whiskey in the heart of Dublin city. You will get to sample five great tipples while relaxing in some of the best bars the city has to offer. We offer a package to suit you – choose from our Whiskey Tasting Tour, Premium Food & Whiskey, and Deluxe Food & Whiskey.