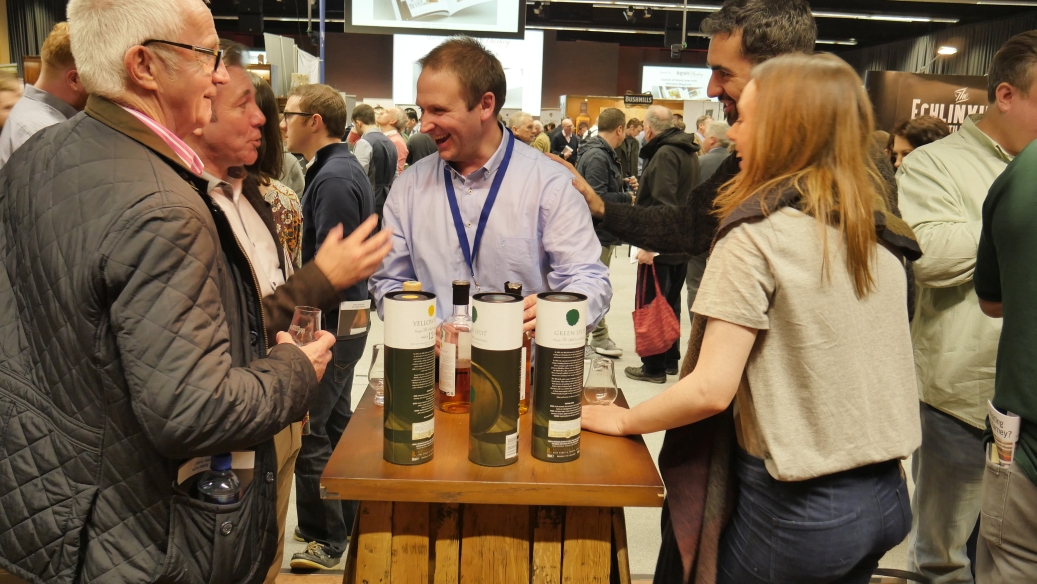 Teeling Whiskey Stand
The Teeling whiskey stand was buzzing from the start of the day.  #SpiritofDublin

Redbreast
Redbreast whiskey's that are just so hard to beat.

Kilbeggan
The Kilbeggan 21-year-old was a joy to taste.

Irish Pot Still Whiskey
As you can see, Irish whiskey is a lot of fun.

Irish whiskey is going through one of the most exciting phases in its entire history, and you could see that clearly yesterday at Whiskey Live Dublin 2016, being held in the grounds of Dublin Castle. The event is organised by The Celtic Whiskey Shop and is the highlight of the already overflowing Irish whiskey calendar.

When I arrived for the afternoon session, the sun was out, the air was crisp, and teams of people were hurrying into the venue to collect their tasting glasses and brochures. Inside, the atmosphere was palpable with people bustling around. Whiskey stands looped around the venue, and everywhere you could see smiling faces and it was clear the conversation was flowing. This is what I love about Irish whiskey and the people who love it too, they have a great lust for life and an adventurous spirit.
After a quick scout around it was clear that every foot of space had been commandeered for the big day. I soon got my bearings and began searching out the award winning Knappogue Castle 14-year-old Single Malt, which picked up Irish Whiskey of the year at the Irish Whiskey Awards. Gillian Stewart was beaming as she served me a healthy portion of this fine spirit and I now know why it’s an award winner. It’s in a class of its own and I couldn’t have asked for a better way to start this day of heavy tasting.

I then made my way to the Kilbeggan stand and had a taste of the Kilbeggan 21-year-old Limited Edition Blend. This single grain and single malt mix are one of the best whiskeys I have tasted, and a testament to the Kilbeggan Distillery, who also make the lovely Connemara range.

On I travelled, picking up some lovely chocolates supplied by 57 The Headline Bar, to try the new Redbreast Lustau edition. I was given a great guided tour of the Redbreast range and although I enjoyed the new Lustau edition immensely, it’s going to be difficult to stand up to Redbreast 21-year-old, which is hard to beat in my opinion.

After these three classics back to back and some lovely food and chats, I ventured into trying another 10 whiskeys or so. Standouts for me were Glendalough 13-year-old Single Malt and Writers Tears Cask Strength which I highly recommend you try given the chance.

Having tasted more than my fair share I had reached my limit and headed for the door. On my way out, I bumped into Serghios Florides, who is launching the Irish Whiskey Magazine in a few weeks. The entrepreneurial spirit is strong in Ireland and it shows in Serghios. I think in the digital age there is space for a whiskey lovers magazine, which promotes and educates the new and old alike about Irish Whiskey. Let’s hope it goes the way of the industry at present and is a great success for its creators.

Whilst leaving the beautiful grounds of Dublin Castle having had a wonderful day of whiskey, food and fun, I was met by the people heading in for the evening session. I ambled on safe in the knowledge that they would enjoy the night ahead. Whiskey Live is such a great event and a credit to all the people that work tirelessly to make it happen. 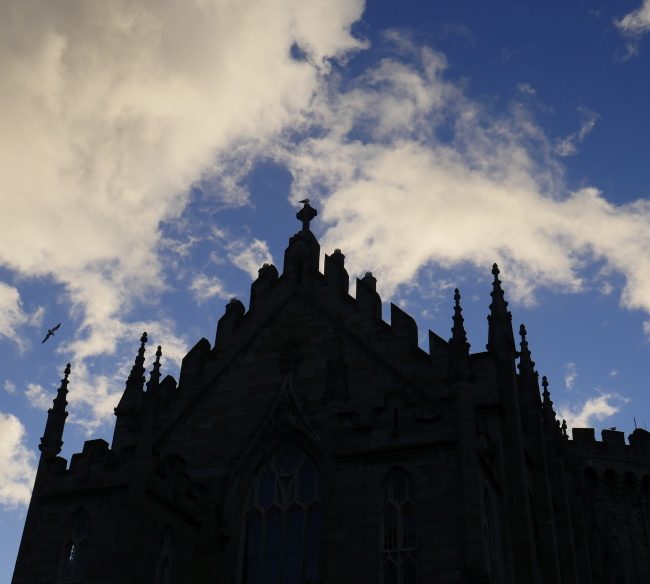